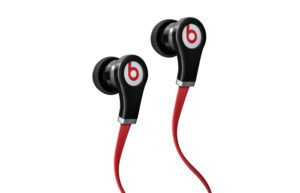 I love what Dr Dre and Monster have done with the whole ‘Beats’ audio movement. In PCs, Tablets, Phones, and of course, the iconic over-ear hardware sporting the “b” logo just about everywhere you go.

I have 2 pairs. White Beats SoloHD and the BeatsTour in-ear headset. Both perform brilliantly, they work as described.

There is only one thing I can’t stand about them. Here goes my Nokia Windows Phone fanboy rant:  neither pair of headsets are designed to support anything but an iPhone or an Android device that has sold its soul to the Beats empire.

Sure, the music works. Plug into just about any phone or device and music will fill your ears, but skipping tracks, pausing or taking a phone call with the in-line mic feature ain’t gonna happen. But I want them to work with my Windows Phone 8!

I did some research. I’ll be the first to confess that I’m not a brainiac with a cordless soldering iron and a solid understanding of ohms(?) and TRRS ( « Look it up. Google Bing it.). I am not going to spend my weekend in an electronics store picking transistors and plug types so that i can CUT OPEN THE HEADPHONES to make it work with a non-iPhone/Droid supported device. Not to mention, even if you heat shrink the wires again, you’re going to be left with the ugliest solution imaginable. Nup, no thanks.

Looking further into the Monster line up, there is another option for us WP8 and Nokia lovers… One that compliments Nokia’s colour palette, too.

Check out the Monster Nokia Purity in-ear headsets here. I’m going to upgrade to a red set of these bad boys, pronto!

They also have the On-ear versions of the Purity line up and an upgraded option to ‘Pro’ for those of us that think they can hear all the detail in music or really need to have sensational sound on that important phone call from mum ;P

Will update this post once I’ve experienced the Monster Nokia Purity line up.

Have you already got the Nokia Purity headphones? What’s your experience? Comment below…

(Photos courtesy of Nokia.com and BeatsByDre.com)

The tiny tracker is about the size of a quarter and can be adhered to an object then tracked closely with the smartphone app.

Cortana Shows Up On a Leak Video Running on Windows Phone 8.1?

After releasing useful apps for the latest world news, daily weather, finance and business, and…

Be nice to nerds. Chances are you’ll end up working for one.

Perfect mix of smart and watch.

Playing Kingdoms and Lords is so much nicer on a 6” screen! 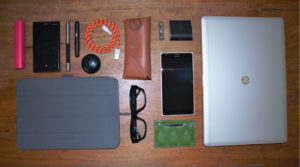 What’s in my bag?

I know I carry a number of accessories and gadgets on a daily basis, but until I laid it out for this photo, I didn’t realise how much. Maybe 2014 is the year of gadget consolidation…. naaaah!

What are you carrying? Drop your line up in a comment below, or tweet your pic to @gadgetscoffee  with #whatsinmybag 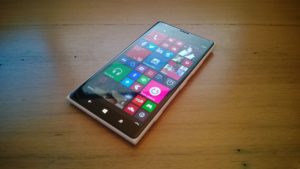 I use a phablet, you should try it…

Deciding on a mobile platform to use is hard enough these days, without having to then choose the form factor to suit.

I’ll admit, I’m an MSFT fanboy, but it doesn’t mean I don’t have standards. I’ve used the early versions of WinMo and at the end of WinMo 6ish, I swore I would never touch WinMo again.

Anyways, I’ve dabbled in Android and due to my employment, I have even owned a couple webOS phones. All things being equal, I have found myself in love with the new Windows Phone platform – Windows Phone 8 (WP8) of course.

Nokia has been smashing out plenty of handsets, breaking records for themselves, let alone the number of WP8 options for the general consumer. The Lumia range presented choice and premium quality for WP8 and added some fantastic capabilities to the Nokia and MSFT lineup.

But I wanted more.

When I first heard of the upcoming release of a 6” WP8 handset, I knew I had to hold out upgrading my personal phone until it was confirmed that a WP8 phablet was going to be available. Reading up on the dimensions from Nokia World 2013, I drew it out on paper to get a ‘real-size’ feel for it.

I had concerns…. it seemed huge. But I have been carrying a Lumia 920 and an ElitePad 900 tablet, so am I really taking that huge of a leap forward on tech I’ll regret? I was willing to take the chance.

I purchased a white Lumia 1520 from Nokia Australia’s exclusive launch partner Harvey Norman in December 2013. I’m using Telstra as a carrier (for now).

Unboxing was a delight, familiar too, as I have now unboxed 4 Nokia Lumia phones in the space of 14 months!

Yes it’s big. It’s a 6” phablet. But, after almost 2 months of using this phone, I’m honestly enjoying the experience and screen real-estate. I have large hands, so handling it isn’t a problem. I can still put it in my pocket and sit down too! The camera is great, 20MP, the camera software and editing tools are top notch and Nokia has even added some enhancements under the guise of “Nokia Black” for WP8.

As with any gadget of mine, I check for the accessory options to compliment and protect it. In the case of this stunning phablet, I have elected to order a red protective cover (CP-623) that doubles as a stand – lets face it, the 6” screen is almost good enough to hang on your wall! I’ve had to order through eBay though as noone is seeming to stock it in Oz at present.

Are you looking to buy a phablet? Drop me a line or post a comment with any questions you may have.

Very excited to have been asked to review the new HP Omni10 Windows 8.1 tablet. Stay tuned for my full report at gadgetsovercoffee.com