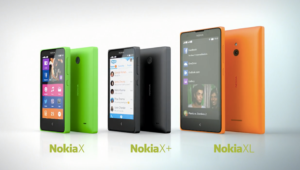 The new Nokia X family – Your Fastlane to Android™ apps

Meet the Nokia X family – a range of handsets that combines Nokia design, build quality and services with the ability to run Android apps.

But is there room for another mobile platform? Or is this just a stab at the low end of the hardware market to capture the coveted ‘next billion devices’? There doesn’t seem to be much in the way of optics or processing, but they do carry the Nokia build quality.

My opinion – cos you came here to read it – I’m not too keen on the form factor, thickness and concept of mixing my O/S experiences (Think Nokia Asha + Win Phone 8 + Android mashed together).

I have had Android devices from HTC and Samsung but have always hated the OEM overlay and bloatware. Let the O/S be! I have rooted and ROM’d my ‘Droids to get to Google’s vanilla platform and in the end, it is partially the reason why I left Android for WP8.

I’ll be sticking with my Lumia 1520 for now, but looking forward to giving these entrants a test run soon.

Mario Bros theme song is ahead of its time.

Who would have thought that the Nintendo powerhouse that is Mario Bros not only built a gaming foundation but also had a theme song that was ahead of its time!

The ancient Chinese “sheng” instrument was clearly crafted centuries ago to nail this 8-bit title! Enjoy the sfx added in by the artist.

Shout out to a cafe I frequent in the San Souci area of Sydney, my caffeine dealer responsible for my supply whilst writing my last post.

Pop in if you’re in the area, the friendly staff will satisfy your caffeine cravings!

Bye bye SkyDrive. Just search the Windows Phone store for OneDrive and force the update… I got invited for 20gb free for a year too.

Nike designer says self-lacing ‘Back to the Future’ shoes will arrive in 2015
The fictional Nike Air Mag sneakers from Back to the Future Part II became a reality in 2011, when Nike auctioned off 1,500 pairs to benefit the Michael J. Fox Foundation. The shoes featured a glowing LED panel, an electroluminescent Nike logo, and a battery that kept them lighted for five hours between charges. There was just one problem — they didn’t lace themselves automatically the way they did in the movie. 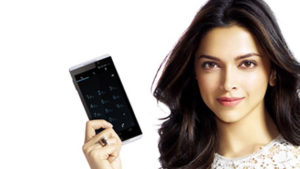 Wind back a few years at HP and you’ll recall the short-lived existence of a couple things: Leo Apotheker and Palm webOS.

Looking at the specs on HP India’s site (URL above), both devices have exactly the same inners, except for the obvious screen res differential and battery sizes. The VoiceTabs pack a decent punch for their size and RRP (~$400 through rough currency conversion for the Slate6 VoiceTab), but I do have complaints: 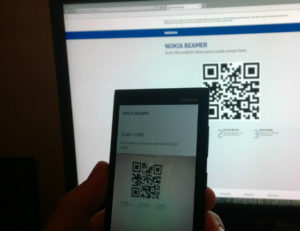 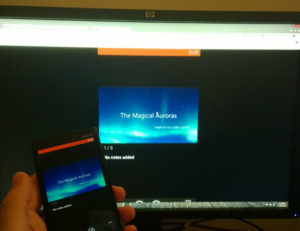 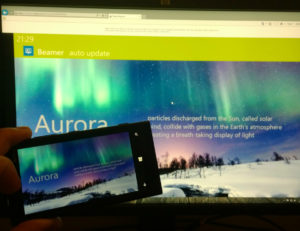 If you’re like me, you use your smartphone camera for just about everything. Snap a photo of receipts for work, serial number on a product, food(!), pets, oh and actual people…

I like to share my pics, but I also want to be able to choose what I share and with whom, without having to manage permission lists and ‘requests to view’ (FB, IG, Twitter). Plus, not everyone subscribes to a social media platform.

What if I told you that there is a way for you to beam whatever’s on your phone’s screen to any display connected to the internet – whether it’s a TV in your living room or your friend’s tablet on the other side of the world?

What if I told you that this is possible today? Well it is. It’s called Nokia Beamer and it’s available Windows Phone 8 and on all the Lumia’s running WP8 (Nokia Black update) and an internet connection at either side of the equation.

From your WP8 Lumia, you launch the Nokia Beamer app and choose “Share Nearby” or “Share remotely”.

For Sharing Remotely, you can choose to SMS or email the ‘handshake’ process and share once the remote side has clicked the link.

The best option to select for showing photos or regularly changing content is “Auto Update” in the “How to Beam” menu, and you can terminate the session at any time by tapping “Stop Beaming”.

You can even show someone a feature on the Lumia or walk them through setup/tips. Enjoy Nokia Beamer unplugged!

While rumors have it that the major upgrade of Microsoft’s mobile OS, Windows Phone 8.1 (Blue),…

Could not resist posting this Doge meme.